More from the Peabody Opera House

More from the Peabody Opera House in St. Louis (formerly known as the Kiel by native St. Louisans)


From Wikipedia, the free encyclopedia-- a little bit of history and background, really interesting.
The Peabody Opera House is a civic performing arts building in St. Louis, Missouri. Founded as the Kiel Opera House, it opened it 1934 and operated until 1991, when it and the adjacent Kiel Auditorium were closed so the auditorium could be demolished and replaced by the Scottrade Center. When the auditorium was slated for demolition, the owners of the complex promised to rehabilitate the Opera House as well.[3] The owners, however, never renovated the building, instead claiming that they had fulfilled their financial obligations. In June, 2009, the St. Louis Board of Aldermen voted 25-1 to subsidize the renovation and reopening of the Opera House under the direction of its new owners, Sports Capital Partners.[4][5] The subsidies will be funded by municipal bonds and state/federal historic tax credits. It should be ready for reopening in Fall 2011.[6]. On July 12, 2010, it was announced that the name of the opera house would be changed to The Peabody Opera House, named after the company Peabody Energy. 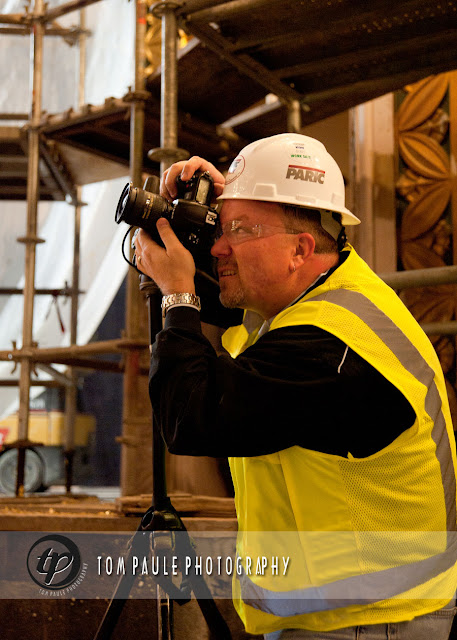 It is always fun to photograph at the Peabody Opera House!
Great work happening inside by Paric Corporation and Optimus Development.
Posted by Tom at 9:59 AM