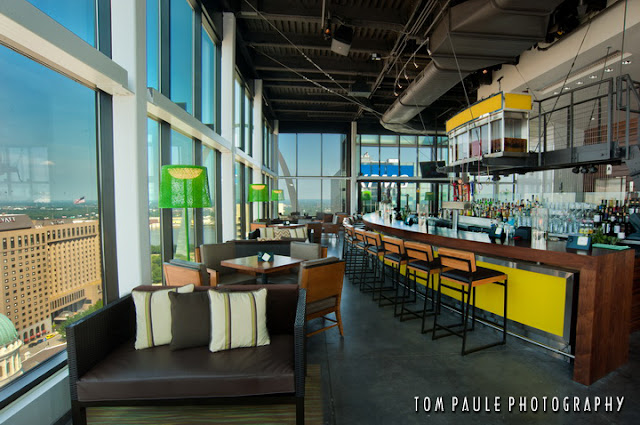 It is nothing short of fantastic! 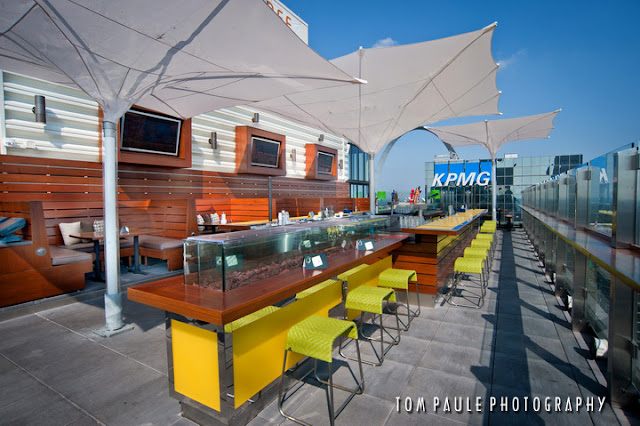 THE HOURS:
Monday - Thursday: 4PM - 1AM
Friday - Saturday: 4PM- 2AM
Sunday: 4PM- 11PM
The DETAILS:
*Open at least 3 hours prior to all Cardinal home day games
*All patrons must be at least 21, nightly after 7PM.
*DJ starting at 9pm every Wednesday - Saturday
*$10 cover charge at the door Friday and Saturday nights beginning at 10PM. Hotel guests and Cardinals Fans with that night's ticket stub are complimentary.
*Enter from main hotel lobby entrance off Broadway- Take east tower elevator to 26th floor. 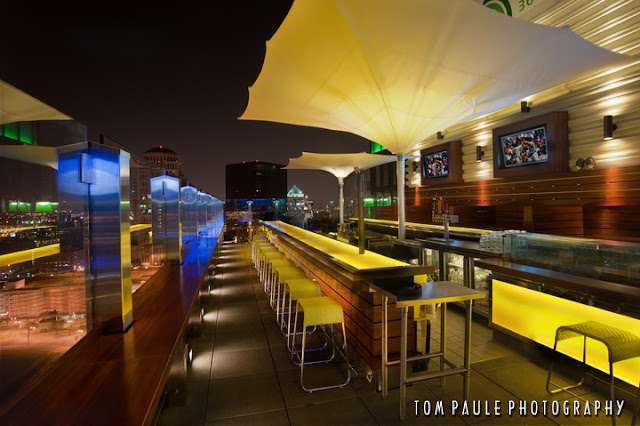 THE THREE SIXTY EXPERIENCE:
Soaring nearly 400 feet above downtown St. Louis, Three Sixty is the ultimate rooftop bar. Located atop the perfectly positioned Hilton St. Louis at the Ballpark, Three Sixty offers sweeping views in all directions – hence the name – including a birds’ eye view right into Busch Stadium. With a cocktail in hand and a tasty bite to savor, it is the perfect perch to take in the Cardinals, the Gateway Arch, the mighty Mississippi and the sites of St. Louis near and far. 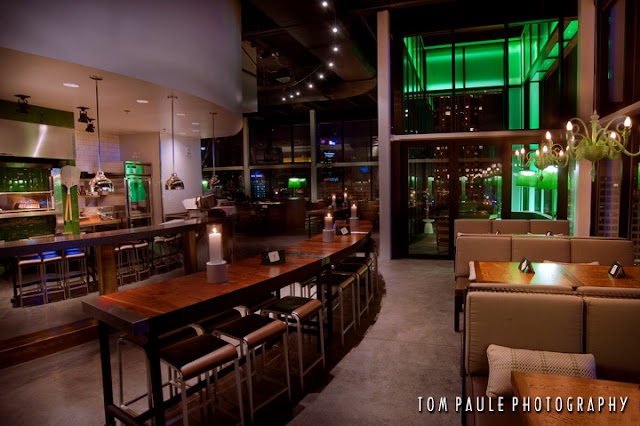 Open daily at 4 pm, Three Sixty has an extensive wine, beer and cocktail selection as well as a delicious assortment of small plate fare expertly prepared by Chef Rex Hale.  Hale, whose culinary experience has taken him to kitchens around the world, has created a menu that’s globally inspired but bursting with locally sourced ingredients.  Signature items include Mini New England Lobster Rolls, New York Strip Crostini and Roasted BBQ Oysters.  There is also a Woodstone gas firedeck oven that reaches the ideal temperature to produce perfectly cooked pizzas. 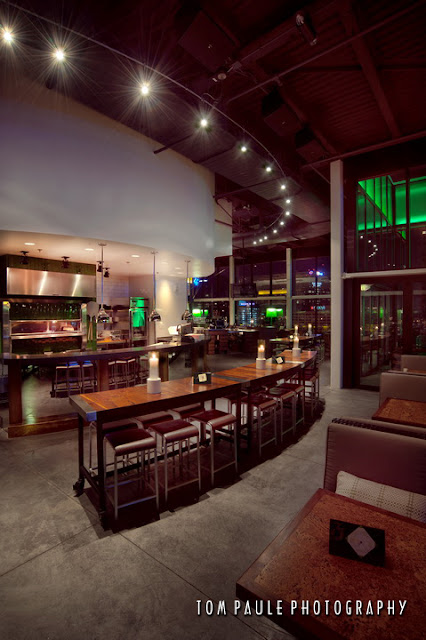 The stunning 6,000 square-foot space features indoor and outdoor seating, accommodating guests year-round with its flexible layout. With a giant outside bar, several indoor bars, an open kitchen, a dramatic wine wall, flat-screen TVs, Zen-like fire pits and contemporary styling, its sleek, urban vibe is a perfect addition to the downtown entertainment scene. Already known for its stellar location and first-class amenities, the Hilton St. Louis at the Ballpark has now been crowned with a rooftop bar on par with the best in the country. 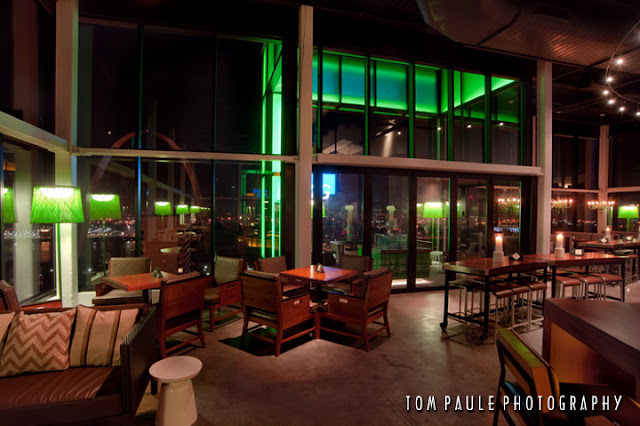 I thoroughly enjoyed photographing this project for Paric and watching it as it went through the phases of construction. 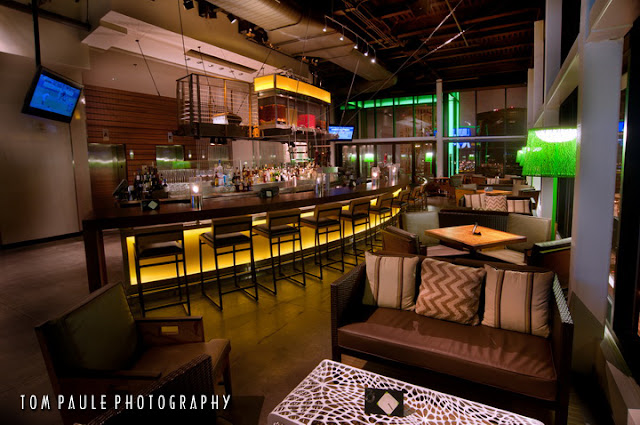 If you haven't been, I urge you to go! Make it a special part of a great STL day! 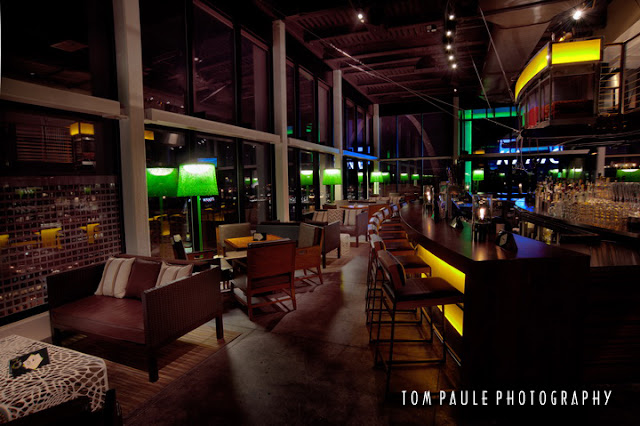 Come experience the new Three Sixty. Take in the stunning view, enjoy an expertly crafted cocktail, nosh on the flavors you crave. Sip.See.Savor. There is truly nothing like Three Sixty. 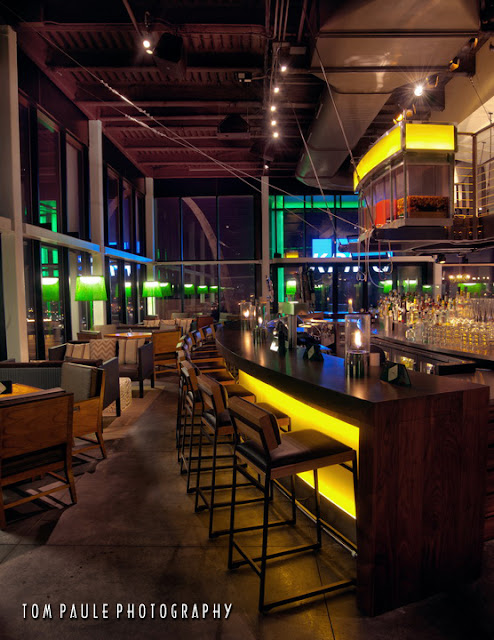